A shared fascination with objects that can be found along river shores, led me to work on a series of prints for a two-person show with fellow mudlarker and artist Nicola White. The exhibition at Sun Pier House gallery in Chatham, Kent throughout September 2016, took inspiration from finds collected along the banks of the Rivers Thames and Medway.

My work often features themes of place, folklore, memories and superstitions, and sometimes plays with the unreliable nature of visible evidence. The Gelli monoprinting method used for the prints in this show resulted in both truthful impressions of objects, and misleading ones.

I inked up a large homemade gelatine plate, pressed objects into it leaving behind a detailed image, and then printed it onto paper. This was repeated with other objects, combining up to 30 separate prints in each artwork. The touch of the mudlarked objects gives the images a ghostly resonance and authenticity, but only one side is recorded. Sometimes it is very obvious what an item is, and other times impossible to decipher, or deliberately made to look like something else familiar.

The finds collected from specific locations were used together in order to build swirling portraits of presence and loss along the river shores on which they were found. Some of the mudlarked items travelled a long way from where they were lost or discarded, others sat where they fell for hundreds of years before being washed out of the mud, collected and then printed.

Nicola and I collaborated on creating an interactive space, where mudlarked items could be picked up and related to the artworks. There was literature on hand to explain the background and histories of some objects, and encourage visitors to imagine the stories that might be connected to the objects.

The location of the gallery, overlooking the river Medway where at low tide you can peer down into the mud below, could not have been more in keeping with the theme. 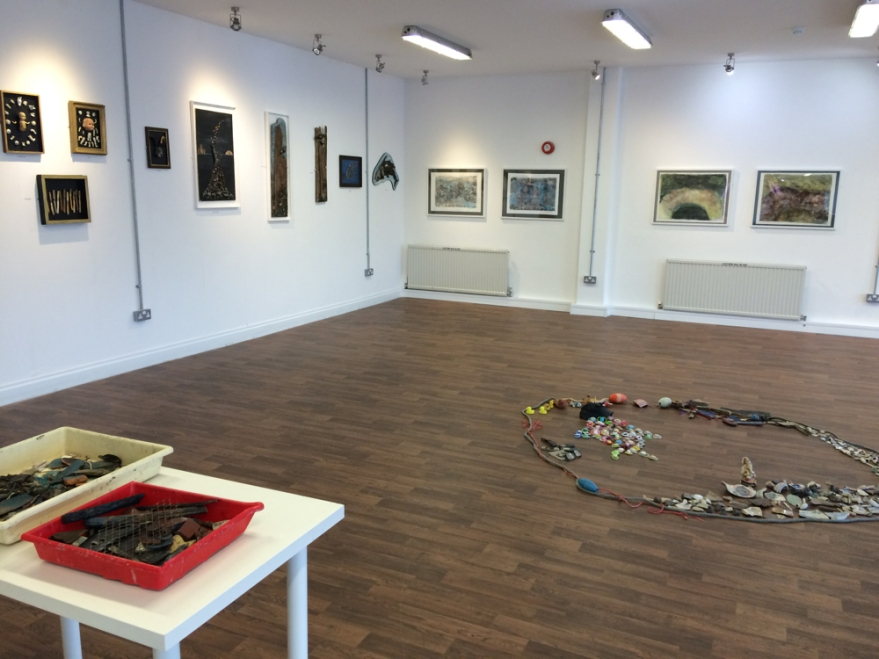 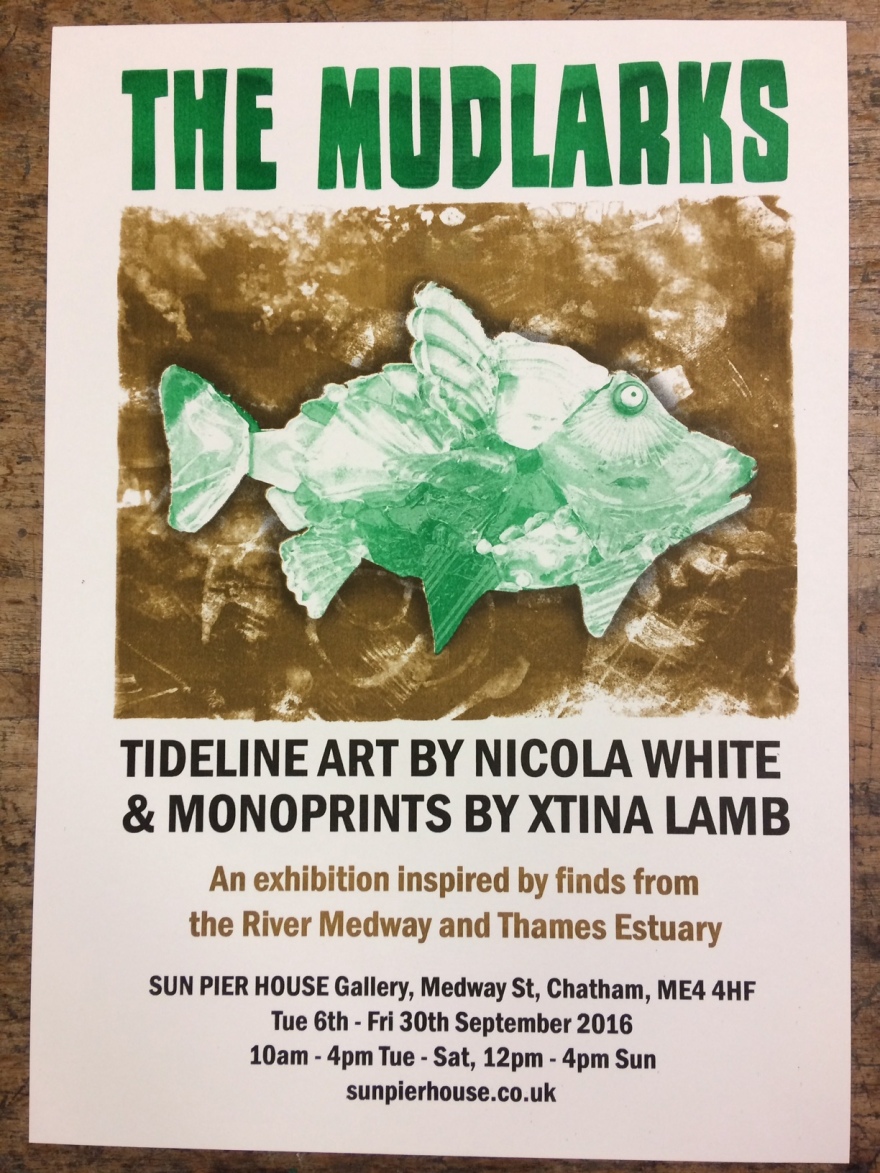