A collaboration between Icon Theatre, Dartford Council and Royal Opera House Bridge, this project aimed to bring over half of local schools into the Arts Council England’s Artsmark programme and help them to achieve awards across a range of art disciplines.

I worked alongside painter Wendy Smith to deliver the Visual Arts strand of the project. We designed a series of four workshops together and, taking five Dartford schools each, supported 300 pupils to make prints, drawings and 3D assemblages. Wendy put together an exhibition in the town centre to showcase the students’ achievements. I scanned their 2D work and created a large scale digital collage, to be used as a vinyl wrap for one of the town’s bin lorries. 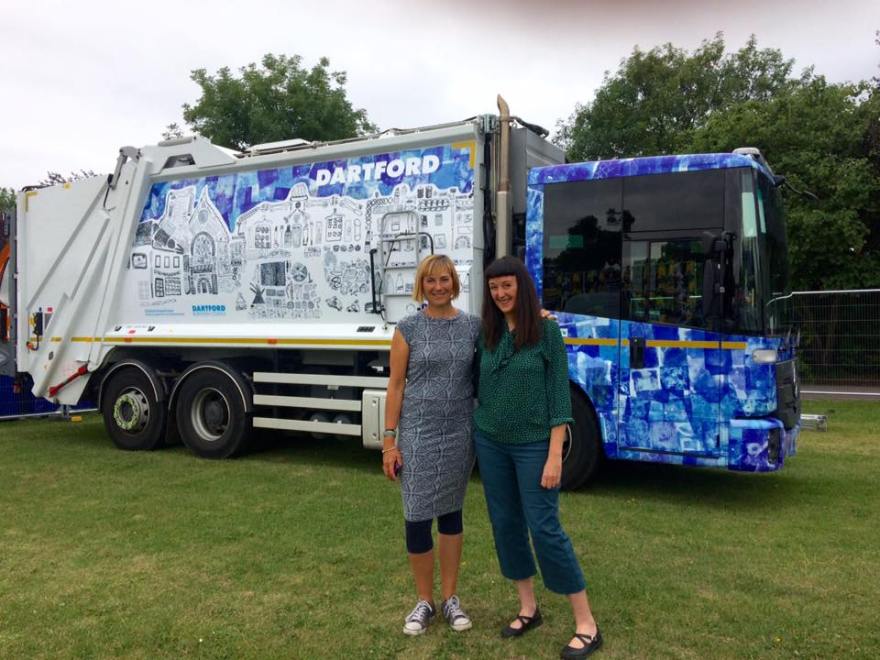 We chose a theme of working with waste objects to fit with the bin lorry outcome, and were working with children in years 3 to 10. Despite a few “ooo it stinks Miss!” complaints, the students responded brilliantly to the theme and created work of a really high quality. We started by showing them examples of artworks by professional artists using rubbish as their materials, and discussing the reasons why they might do that. Drawing exercises ranged from freeform mark-making, to precise illustrative line drawings of crunched plastic bottles, broken toys and all kinds of trash.

Students were delighted when they got their hands on the gelli plates. These rubbery monoprinting plates allow a detailed impression to be taken from objects, and we built up layered images by pressing the rubbish into a thin layer of ink, then printing its ghostly image onto paper.

The children had a free choice of themes for their 3D work, and once they’d narrowed down their ideas, formed teams to make sculptures out of waste objects. Their work included robots, a rocket, a chandelier, the weather, a polluted tree, a solar system, a racetrack, lions, Hogwarts school, a rainbow, volcanoes, magical gardens, the sea, masks, snakes and many other great ideas. 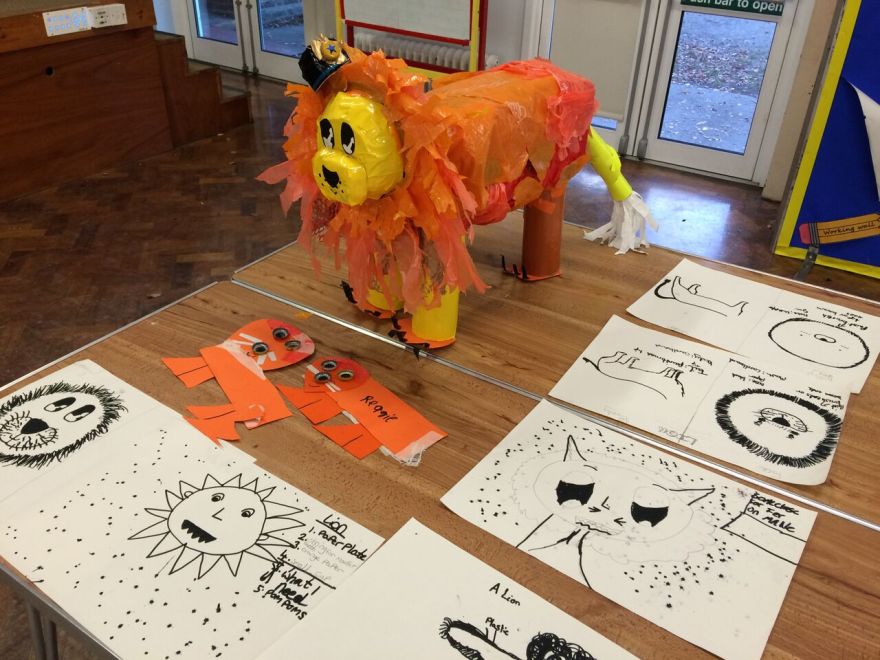 The bin lorry wrap was launched at the Dartford Festival in July 2017 and is now to be seen driving around the Dartford streets. Every student had at least one piece of their work featured on the lorry. The prints formed a background covering the whole cab, and made up the sky of a cityscape design using the drawings.

“I learnt that art doesn’t always have to be beautiful, it can be conceptual and thoughtful. It was an incredible experience and I’m glad I took part.” – Participant, Wilmington Academy